The Four Rooms of Change 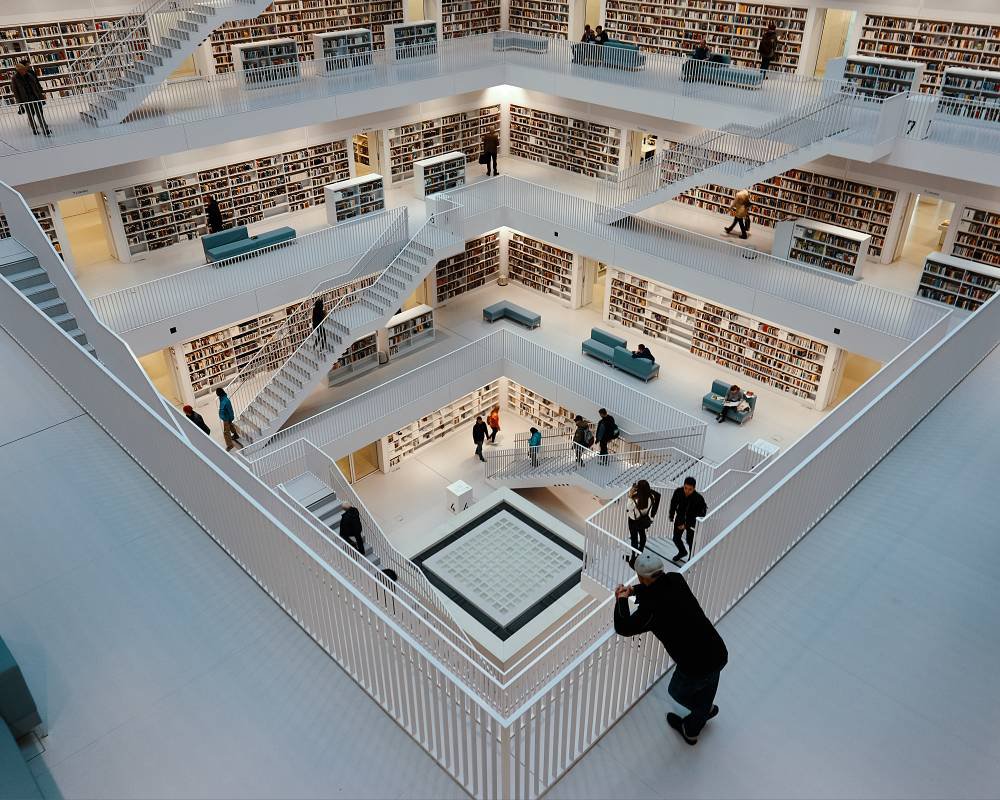 The Four Rooms of Change® is a tested and pragmatic psychological theory. The associated methods and models have proven themselves over the last 3 decades in the field of organizational development, personal growth, counseling, coaching, innovation and cultural change.

The theory behind the Four Rooms of Change®

The Four Rooms of Change®, as the Stockholm psychologist Dr. Claes Janssen calls his psychological model, was developed in Sweden in the 1960s and 1970s and describes a physical and emotionally experiential theory about change and development in social systems (organizations, teams, families, couples). Since then, many companies and organizations worldwide have used the philosophy, tools and methods behind this practical theory to facilitate change and solve their own challenges in the face of dynamic transformational processes, developments, and conflicts.

What gives this theory its success to this day is the easy-to-understand and actionable approach to an otherwise comprehensive theory. It has proven its usability in hundreds  of large companies (with well over 100,000 participants) such as IKEA and Volvo, as well as in schools and school classes worldwide. From the 6th grade on, the Four Rooms of Change®  is being implemented to positively influence the learning experience and the classroom climate.

The theory at a glance

In the following paragraphs, I describe the Four Rooms of Change® as I would or could experience them in person.

The Four Rooms of Change® model (hereafter referred to as "Four Rooms") is a metaphor for emotional states of being or, to stay in the picture, inner spaces, rooms we are all familiar with and which we enter and inhabit regularly. The Four Rooms, then, represent four different inner emotional attitudes, all of which have different effects and expressions from one situation to the next. These attitudes are usually clearly perceptible in conflict situations and in the midst of change, recognizable as emotions, actions and language (semantically, as well as body language). In conflict situations, everyone acts or reacts differently, each has a different personality structure and character (life concept, human or world view, paradigm) that influences personal behavior. These differences manifest themselves in diverse way amidst conflicts, favoring or hindering necessary changes.

According to Claes Janssen, these inner attitudes can be assigned four emotional spaces, rooms that we pass through every hour, every day, every week or every month - or sometimes even permanently.

Claes Janssen describes his four rooms, as if they were an apartment, in which there are four rooms that we all pass through individually or collectively. The first room that most of us "really" want to permanently inhabit is the Room of Contentment. Unfortunately, the residence in this room is usually short lived. After involuntarily leaving the first room, we experience the second room in which people and teams often find themselves, the Room of Self-Censorship and Denial. The third room is the Room of Confusion. Upon intensive brainstorming and decision-making, which is typical of this room, one enters the Room of Renewal and Inspiration. This room is a space of new perspectives, new beginnings, reconciliation, reorientation, and serves as a springboard to re-enter the Room of Contentment. In an organization, team or family, this cycle repeats itself over and over again, sometimes even hourly or daily, most certainly weekly.

Let's embark on a mental journey through the Four Rooms together. At the beginning, we are in a very pleasant and productive space, the space of contentment.

1. The Room of Contentment

In the Room of Contentment, I feel good all around, all relationships are not only outwardly harmonious, they are really harmonious in the truest sense of the word. The agreements within the team are kept, all processes are clarified, towards all customers internally and externally there are healthy and open relationships. Internal processes are coordinated with each other and if there are disagreements, nothing is glossed over, appeased or swept under the carpet. Conflicts are addressed openly and negotiated hard and fair on the factual side , on the relationship side appreciatively and respectfully. Loud voices can not be found in this room, at least not when it comes to conflicts. When people are celebrating, and this happens frequently, it can sometimes be exuberant and loud. I fall asleep at night, knowing that I am doing meaningful things, and that the things I do are relevant and of substance. In this room you have a sense of balance, stability and clarity and everyone behaves with prudence. I enjoy being here, I can work in a productive atmosphere and fulfill common goals. This room is where the magic triangle often finds its fulfillment, the balance between budget, time and quality. It feels just right to stay here, it's even fun.

Transition to the Room of Self-censorship and denial: The loss of Contentment

As in real life, life happens. Perhaps a long overdue and necessary change is announced. Or a careless word is spoken , a colleague forgets to include me in the flow of information, I am left out of an important celebration, one of my ideas was usurped and declared the brainchild of a colleague. An agreement that was supposedly clear led to unexpected results. A meeting begins late, during the meeting, some colleagues work on their emails or busily write text messages on their smartphones. The quality we promised was not delivered, customer requirements change, expectations tightened. Add to that, we have a very different understanding of the way we should resolve conflicts or make changes. Result: I am worried, a latent feeling of fear spreads, I'm getting more and more annoyed. Communication stalls, feedback is held back or given only superficially, the conversations flatten, then fall silent. These are symptoms that cause a loss of contentment and bring us to the edge of the Room of Self-Censorship and Denial. Almost unnoticed, yet perceptible, I slowly slide across the border into the Room of Self-Censorship.

2. The Room of Self-Censorship and Denial

At first I  trivialize these circumstances, I am post them to the account "Monday morning", "bad sleep", "negligence in the jungle of everyday life", "indispositions", "that will surely sort itself out soon" or "that was definitely not intentional".

At some point, however, I no longer succeed in smoothing out these emotional "bumps", and I notice how I slide slowly out of the Room of Contentment, first unnoticed, but then more and more clearly. I presently find myself in a room that gives me discomfort, without necessarily being able to place my finger on it. Partly unnoticed, I am in a room called the "Room of Self-Censorship and Denial". This, however, does not always happen to me alone, it often affects us as a team or as an organization as well.

When asked how I am doing, I answer "fine". But deep down I know that not everything is fine anymore. In saying "fine", I am often denying reality. Slowly, however, it dawns upon me that I have left the Room of Contentment, I have lost that serene state of being satisfied with what is.

Initially, I behave outwardly as if everything is still in the best order. We, my colleagues and I, strive to maintain a facade of harmony and courtesy. Conflicts arise, but we do not address them. There are problems and issues that we attempt to avoid as much as possible. Our relationships starts to feel increasingly lifeless and mechanical. The openness and carefree spirit of yesteryear is gone, a sense of detachment sets in. Although we are all very intent at portraying an appearance that everything is in order, but others notice that something is in the air.

Since this condition (denial, censorship) is often noticeable to others, coaching is sometimes suggested as a solution to solve the problem. But as long as we remain in denial, offers of help from outside remain ineffective. Coaches counsel that coaching  can only be effective by naming the issues (the elephant in the room) and admitting that things are not all right.

The stay in this Room of Self-Censorship and Denial can only be ended when I am ready to permit, accept and reflect on critical feedback. It is very important and important for those who view this room from the outside to give their feedback with a lot of sensitivity, appreciation and empathy. As Max Frisch once said, "One should hold the truth to the other like an open cloak into which he can slip  - and not confront him with the naked truth by whipping it around his head as with a wet towel."

Transition to the Room of Confusion: The instrospective look into the mirror

At the same time, critical self-reflection is the point at which coaching can effectively serve as an aid to self-help. Before this point, coaching would not have been possible because coaching is always dependent on the coachee being willing to critically question his behavior and his attitudes and is prepared to engage in a coaching process.

The passage from the Room of Self-Censorship on to the Room of Confusion cannot be coerced or accelerated. Sometimes colleagues or supervisors have to wait patiently until I'm ready to open myself to my environment. Only I myself can push the curtain aside to allow light to be shed on the unspoken. The moment of self-awareness (facilitated by coaching?) is at the same time the bright spot that enables the transition to the Room of Confusion.

3. The Room of confusion

This resolve to change opens my eyes and allows me access to a very special part of the Room of Confusion. Claes Janssen calls this special place "the Zero Point".  Claes Janssen describes this point, the Zero Point as one of the most significant spots in in all the Four Rooms.

Zero marks the emotional letting go of old behaviors, attitudes, recipes, unattainable dreams and illusions of the past. Here I bid farewell to all those beloved illusions, among others the the illusion that everything can stay as it was. It is at this place that I acquiesce and consent to change.

There is a hitch, however. Since I do not know what the near future will bring,  I do not yet see the way forward clearly. This is why Claes Janssen calls this emotionally turbulent place the Room of Confusion, because everything is in motion, but a clear direction is still missing. Looking foward, my spirits quicken since I gain a sense that the future will eliminate many ambiguities.

Transition to the room of inspiration: A conscious and courageous decision for change

4. The Room of Inspiration and Renewal

As I advance and step out of this Room of Confusion, I draw near to next room, the Room of Inspiration and Renewal. This is facilitated by a bold, conscious decision for a new way, a new approach. Of course, every decision carries with it the danger of failure, but I am aware of this danger. If the current path fails, there will always be another way forward. The fear of change has given wacy to curiosity about the new. Discovery and experimentation characterize the atmosphere. New trust and open exchange shapes our relationships. Much is new, and some of it will accompany us on our way back to the Room of Contentment. Here along the pathway forwards the seeds of renewal are sown, which finally give rise to a crop to be harvested back in the Room of Contentment.

This harvest, which ultimately leads to true contentment within the Room of Contentment, marks the completion of the cycle called the Four Rooms of Change®.